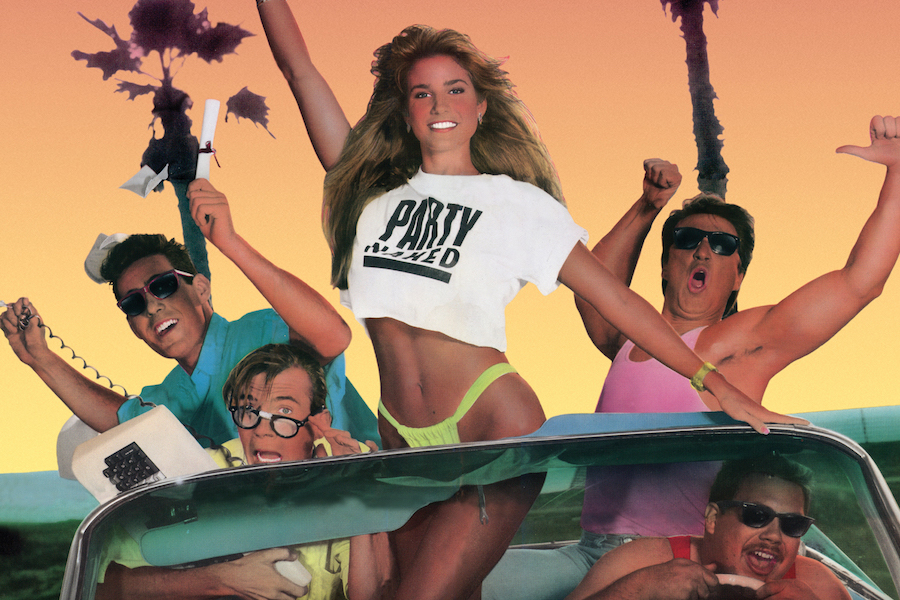 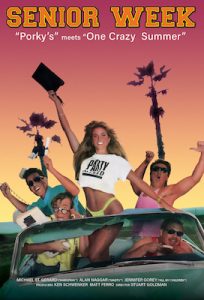 The 1987 party comedy Senior Week is available on DVD from MVD Entertainment Group and Liberation Hall.

In the Animal House/Porky’s-inspired film, Everett and his party-hungry buddies embark on an all night road trip to the Florida beaches for a week of fun, sun and beautiful women. Mayhem ensues when two jealous girlfriends show up unexpectedly, along with a psycho teacher who’s hunting down Everett because he owes her an overdue term-paper.

‘R’-rated scenes for the film were shot inside Palisades Park Junior High School, which led to the temporary suspension of the principal who approved the filming for a location fee of $1,500. The story made local and national news, but a protest by students got him reinstated.

Extras include a 20-minute “Behind the Scenes: Making a Low Budget Movie” doc, with news coverage of the controversial film and actors auditions, outtakes, and deleted scenes.