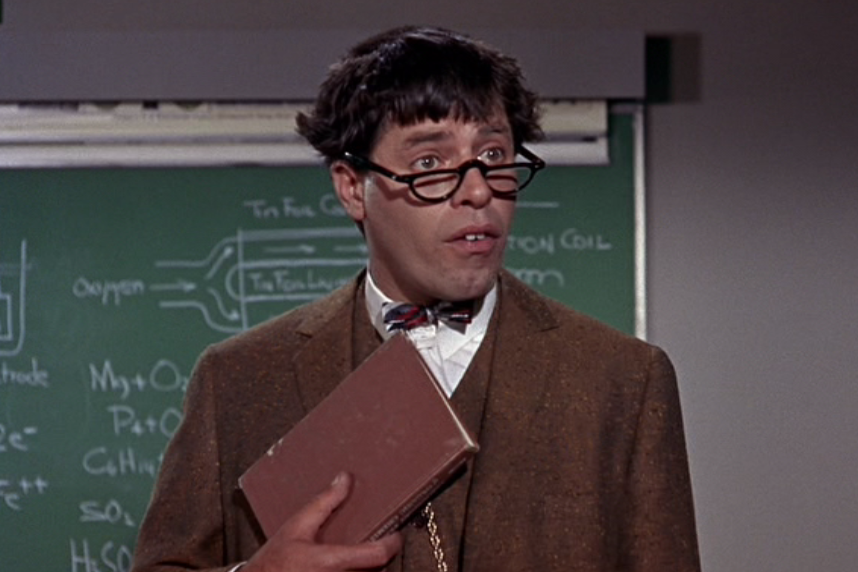 Jerry Lewis as The Nutty Professor.

Paramount Home Media Distribution has assembled a collection of 10 classic movies starring the late comedian Jerry Lewis and will release the 10-disc set on DVD only on June 12.

The Jerry Lewis 10-Film Collection has no suggested list price, but features the same 10 movies as a similar set Paramount released in 2005 called The Legendary Jerry Collection, which is only available from third-party sellers for $389.99.

The marquee title is 1963’s The Nutty Professor, which celebrates its 55th anniversary this year. Considered by many to be Lewis’ most memorable film, The Nutty Professor has Lewis portraying a socially awkward professor who invents a serum that turns him into the handsome but obnoxious Buddy Love. The film  was included on the American Film Institute’s list of the 100 funniest American films of all time and was selected for preservation in the U.S. National Film Registry by the Library of Congress in 2004.

Lewis died on Aug. 20, 2017, at the age of 91. His final film was released the year before: Max Rose, a drama that also stars Kevin  Pollak, Kerry Bishe, Dean Stockwell and Claire Bloom.

Lewis plays the title character, an aging jazz pianist who discovers that his wife of 65 years may have been unfaithful to him. The discovery sends him on a journey through the past as he seeks to find out the identity of the mysterious suitor.