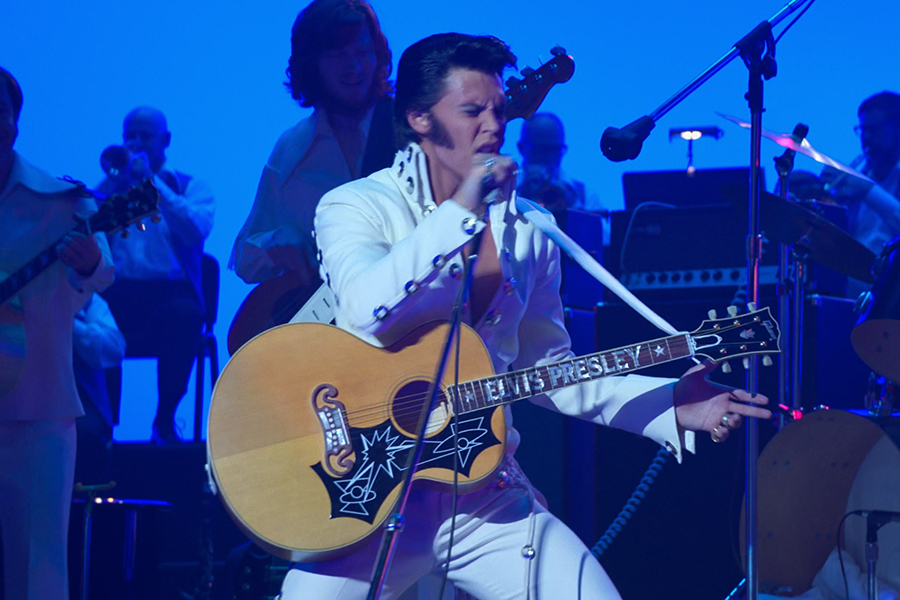 No. 2 on both charts was Universal’s animated sequel Minions: The Rise of Gru, which sole about 78% as many copies during the week as director Baz Luhrmann’s Elvis Presley biopic.

No. 3 on the overall disc chart was Sony Pictures’ Where the Crawdad Sings, the adaptation of the best-selling novel of the same name about an abandoned girl who raises herself in the woods. It slipped to No. 5 on the Blu-ray chart.

Universal’s Jurassic World Dominion remained No. 5 on the overall disc sales chart, while rising to No. 3 on the Blu-ray chart.

The week’s top newcomer, at No. 4 on both charts, was Sony Pictures Home Entertainment’s DVD and Blu-ray release of Outlander: Season Six. Blu-ray accounted for 45% of total unit sales for the Starz time travel fantasy series.

The Media Play News rental chart for the week ended Sept. 25 had Where the Crawdads Sing rising two spots to No. 1. Minions: The Rise of Gru stayed No. 2, while Elvis dropped to No. 3.

Quiver’s Bandit, which has an early disc rental window at Redbox, was No. 4, while Jurassic World Dominion was No. 5. 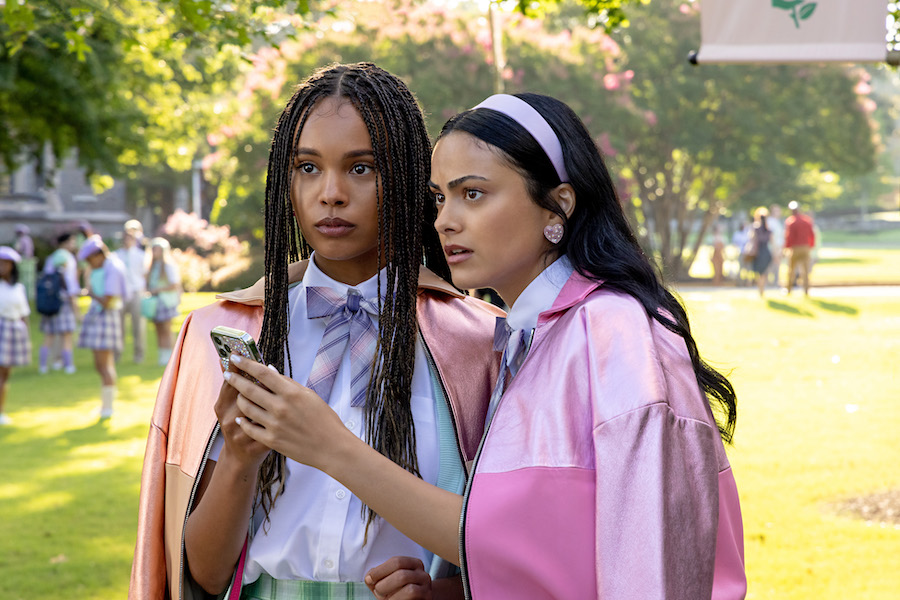 An updated twist on the classic Alfred Hitchcock thriller Strangers on a Train, the movie follows two high school girls who make a pact to exact revenge on each other’s rival. It began streaming Sept. 16.

Landing at No. 2 on the chart was Disney/Marvel’s Thor: Love and Thunder, which began streaming on Disney+ Sept. 8. The superhero film finds the God of Thunder (Chris Hemsworth) on a journey unlike anything he’s ever faced — one of self-discovery. But his efforts are interrupted by a galactic killer known as Gorr the God Butcher (Christian Bale), who seeks the extinction of the gods.

Taking the No. 3 spot on the chart was Netflix’s Lou, which began streaming Sept. 23. The movie, starring Allison Janney, follows a mysterious loner living a quiet life with her dog who battles the elements and her own dark past when a neighbor’s little girl is kidnapped during a storm.

Taking the No. 4 spot on the chart was Meet Cute, which started streaming on Peacock Sept. 21. The romantic comedy follows the story of Sheila (Kaley Cuoco) and Gary (Pete Davidson). When they meet, it’s love at first sight — until viewers realize their magical date wasn’t fate at all. Sheila’s got a time machine, and they’ve been falling in love over and over again. When the perfect night is never quite enough, Sheila travels to Gary’s past to change him into the perfect man.

Landing at No. 5 on the streaming movies chart was Universal Pictures’ Minions: The Rise of Gru, which began streaming on Peacock Sept. 23. The latest installment in the Illumination animated series tells the story of 12-year-old Gru’s dream to become the world’s greatest supervillain. 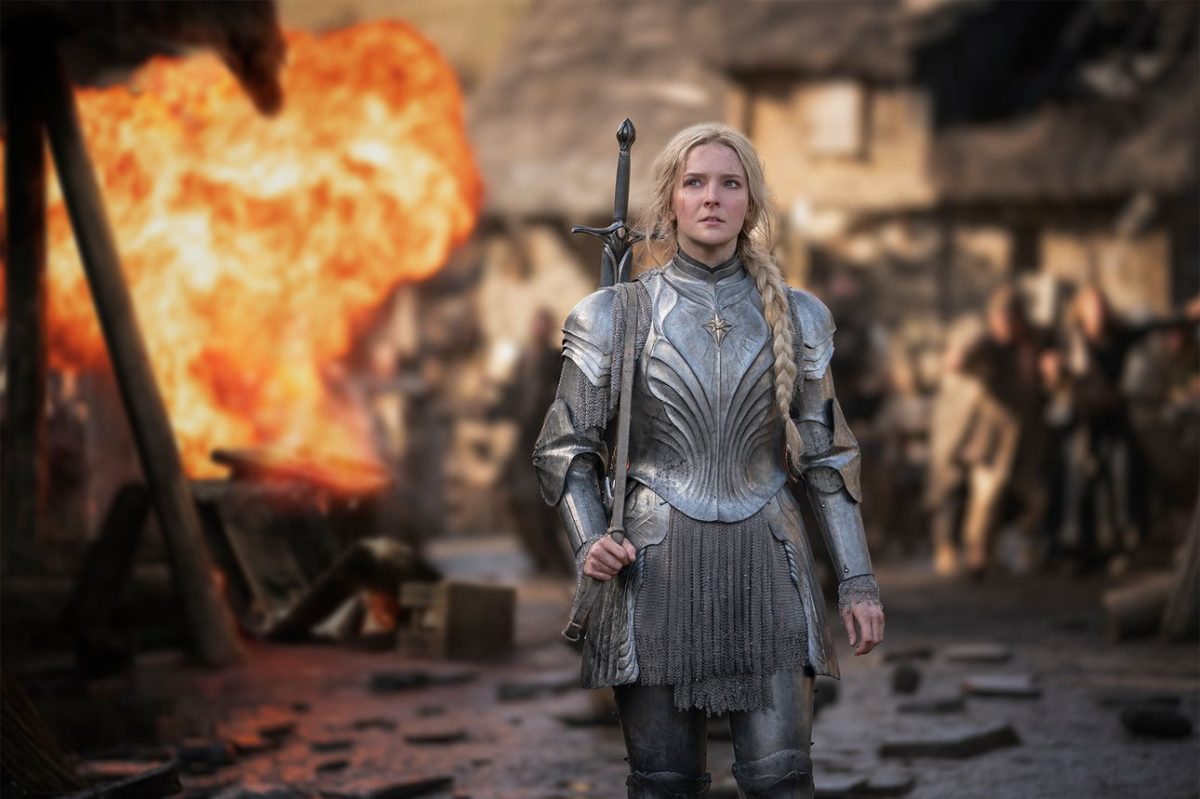 Amazon Prime Video’s original reboot “The Lord of the Rings: The Rings of Power” dominated household TV streaming, generating 1.25 billion minutes across two episodes for the week of Aug. 29-Sept. 4, according to new data from Nielsen.

Reportedly the most expensive television series ever created, “Rings” knocked off HBO Max’s original “Game of Thrones” prequel “House of the Dragon,” with 781 minutes across three episodes. In fact, the access to all 73 episodes of “Thrones” was enough to best “Dragon,” finishing No. 4 with 792 million minutes streamed.

“Rings” was also able to fend off the premiere of Netflix original comedy movie Me Time, starring Kevin Hart and Mark Wahlberg, with 927 million minutes streamed. 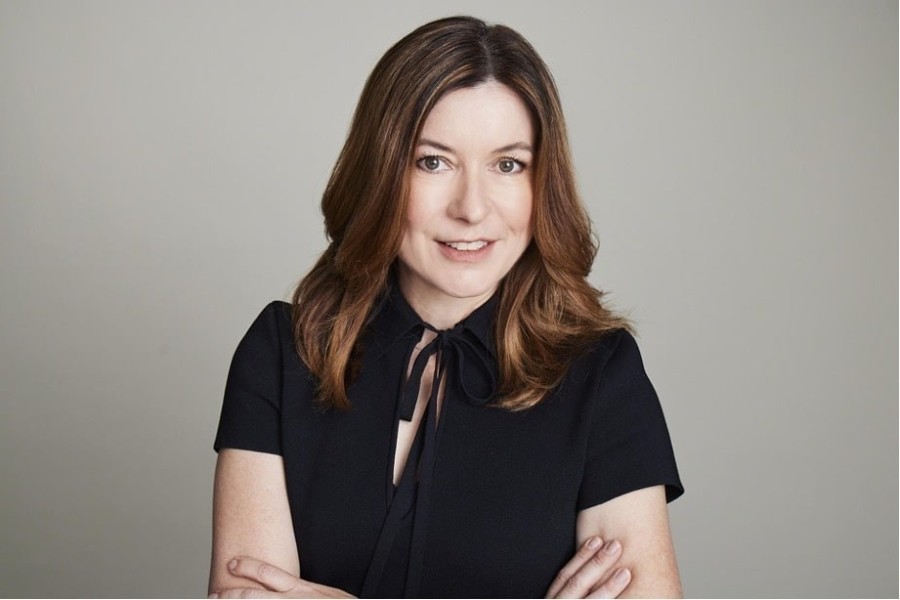 Alisa Bowen has been promoted to president of Disney+, effective immediately. Bowen has led global business operations for Disney’s streaming platforms, including Disney+, since its launch in 2019.

Bowen will work closely with key leaders across The Walt Disney Company for the forthcoming launch of the advertising-supported subscription streaming tier, as well as multi-channel promotional support for Disney+ and its content slate.

The executive most recently served as EVP of global business operations for Disney Streaming, overseeing global content and business operations for the company’s direct-to-consumer video streaming businesses, including Hulu, ESPN+ and Star+. This included cross-functional leadership of the global Disney+ rollout in 154 markets worldwide.

Regional leaders for Disney+ in Canada, Europe, the Middle East and Africa (EMEA), Asia Pacific, and Latin America will report jointly to Bowen and regional leadership. Bowen will continue to report to Michael Paull, president of direct to consumer of Disney Media Entertainment & Distribution.

She joined Disney in 2017 as SVP of digital media and CTO of the company’s international operations, where she led a transformation of Disney’s channel broadcast technology, content operations, and digital publishing across EMEA, Asia Pacific, and Latin America.

“Alisa has been an indispensable member of our leadership team since the inception of Disney+,” Paull said in a statement. “She possesses a rare and valuable combination of deep institutional knowledge, forward-thinking innovation, and global vision rooted in a strong focus on our consumer, that is perfectly suited for this critical role, and I am confident that she will have an immediate and positive impact on the business.” 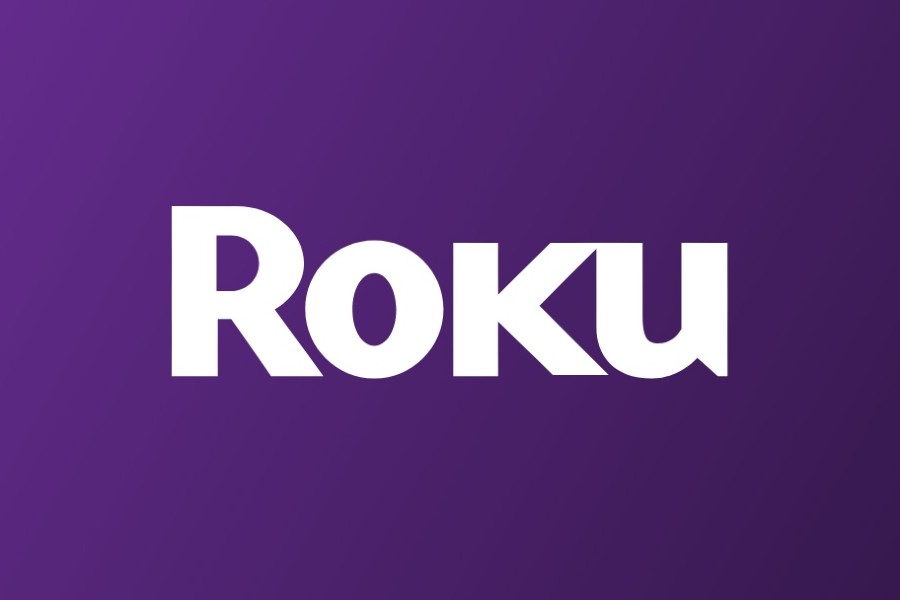 The pact affords marketers running ads with Roku to de-duplicate the campaign reach and frequency across all four screens in the home. This measurement, which begins in December, is available on the Roku platform, inclusive of any Roku media running through existing Nielsen measurement technology.

As consumers spend more time streaming, marketers are diversifying their media investments and continue to shift more dollars to TV streaming from linear. Streaming video consumption surpassed cable for the first time in July, capturing its largest share of TV viewing to date, according to Nielsen.

“Marketers can now better evaluate CTV inventory’s unique reach and frequency in conjunction with their entire Roku buy in a comparable and comprehensive manner, and advertisers can reduce waste and help ensure that relevant ads are delivered to the right audiences across devices,” Kim Gilberti, SVP of product management for Nielsen, said in a statement.

The announcement builds upon a longstanding relationship between Roku and Nielsen that began with Nielsen Digital Ad Ratings measurement in 2016. Since then, more than 200 advertisers have measured their TV streaming campaigns on Roku.

“We believe that all TV ads will be accountable and measurable,” Asaf Davidov, head of ad measurement and research for Roku, said in a statement. “Our direct consumer relationship, our scale, and our tech all make us uniquely positioned to work with Nielsen to make measurement simpler and more accurate as marketers shift spend to TV streaming.” 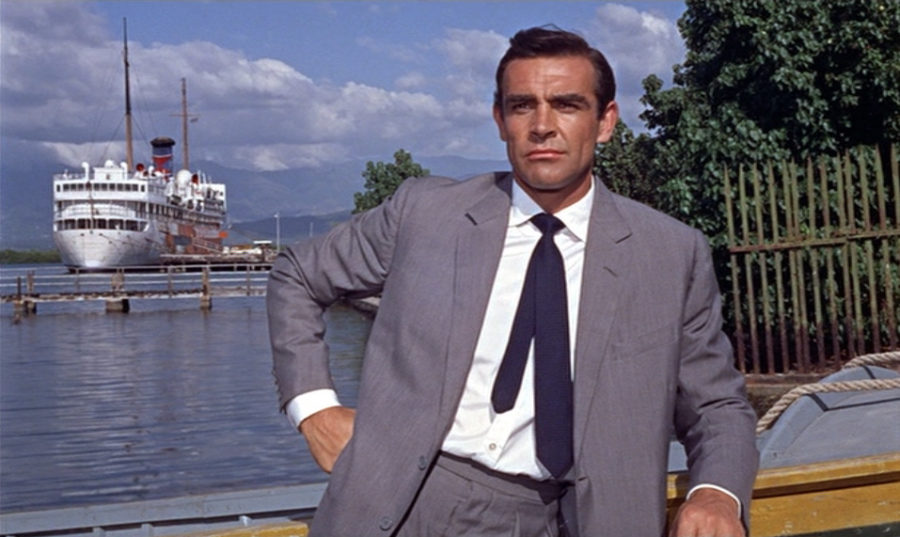 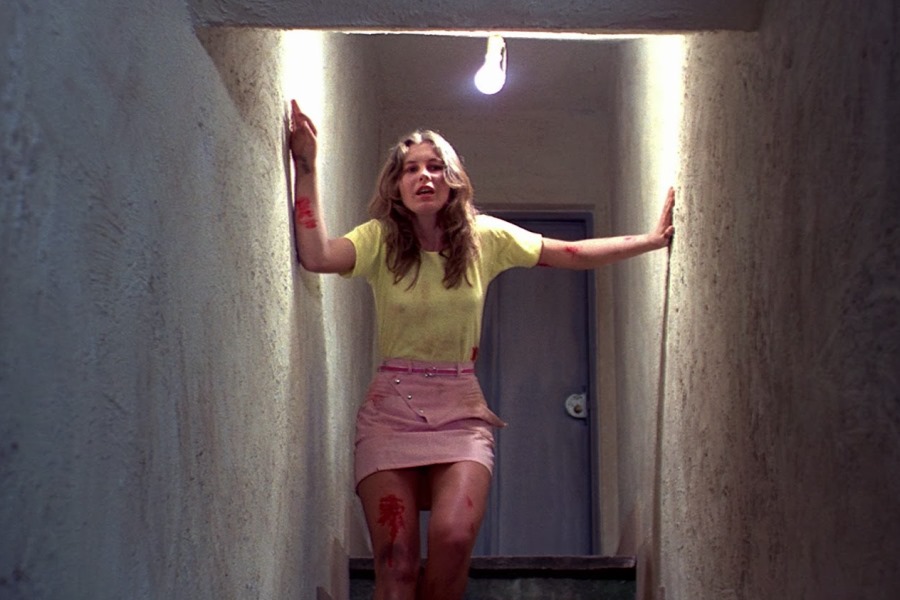 The Kino Cult ad-supported streaming service is celebrating its first anniversary in October with 31 curated double-features aimed at reviving “the spirit of the midnight movie and providing a sampling of the unapologetically weird cinema that has become Kino Cult’s trademark,” parent company Kino Lorber said.

Kino Cult is a free, ad-supported streaming service that is available as apps for Roku, Amazon Fire, Apple TV, Google TV, iOS, Android, LG Smart TV, and via desktop and mobile at kinocult.com. It is also available as a 24/7 linear FAST (Free Ad-Supported TV) channel with carriage on Plex, DistroTV, Rad TV, TCL, and on the Kino Cult apps and website. 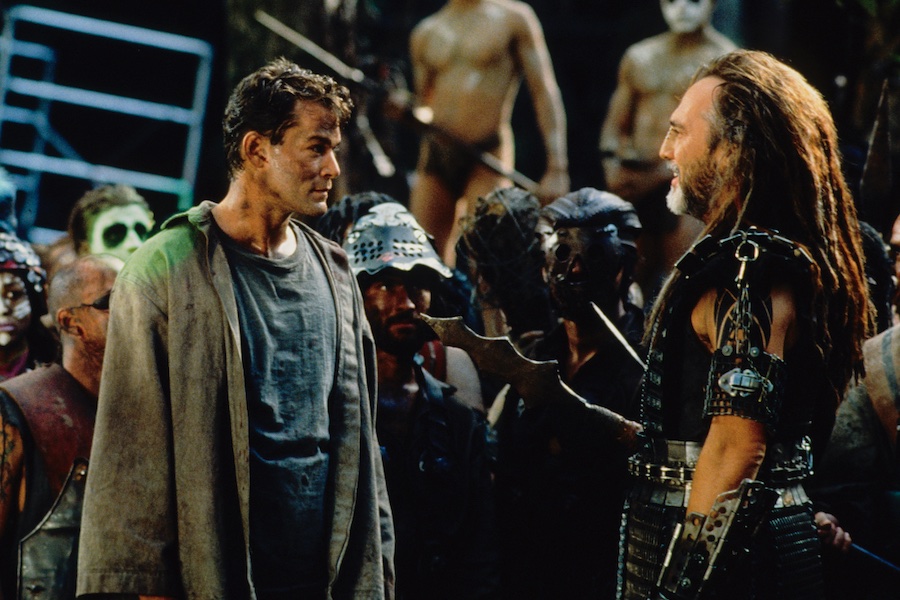 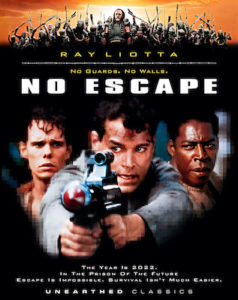 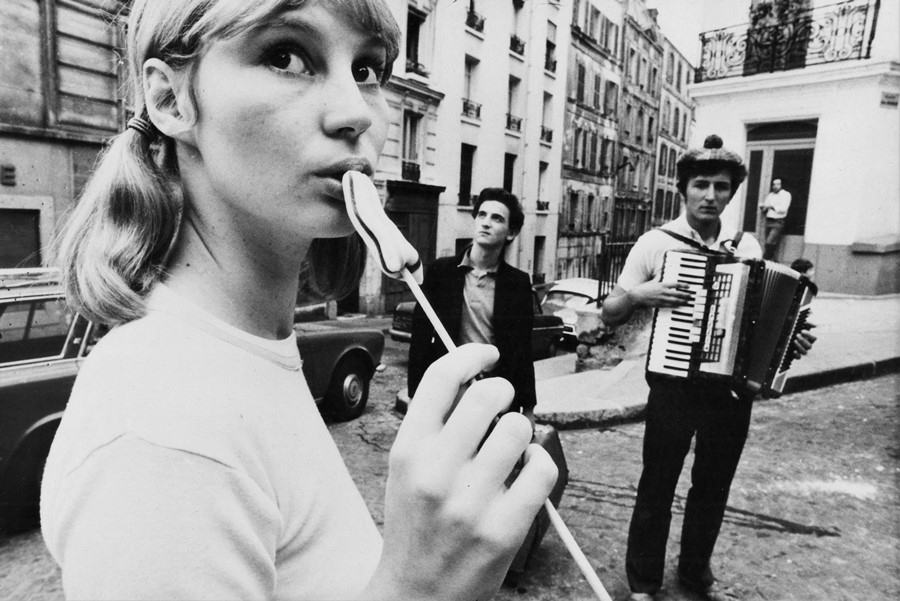 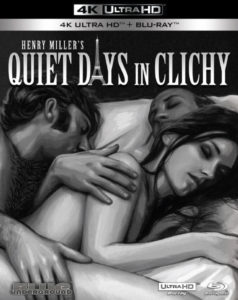 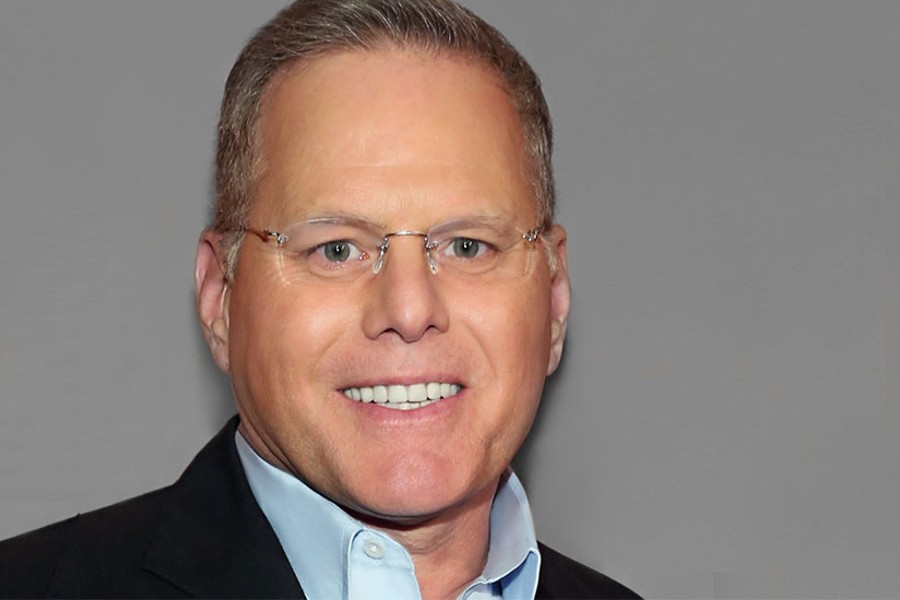 Warner Bros. Discovery CEO David Zaslav emphatically denied media rumors that his upstart media company is going to be put up for sale in the near future.

Speaking Sept. 28 on a virtual global town hall meeting to about 40,000 employees, Zaslav, who assumed leadership of the former TimeWarner following Discovery’s $43 billion operating control acquisition from AT&T, was reportedly asked by an employee about media reports suggesting WBD could be put on the sales block as early as 2024.

WBD, which includes Warner Bros., Turner, HBO, HBO Max and Discovery properties, has been going through internal restructuring as it attempts to cut operating costs, realize $3 billion in promised cost synergies and slash billions of dollars in debt accrued through the acquisition.

“We are not for sale,” Zaslav responded.

The town hall was the first company-wide meeting since April’s completion of the merger that retains AT&T as majority owner.

The executive said that household penetration contributed to the successful theatrical releases for Elvis and Don’t Worry Darling, in addition to the HBO/HBO Max release of original “Game of Thrones” prequel series “House of the Dragon.”

“We have everything we need to be successful,” Zaslav said.