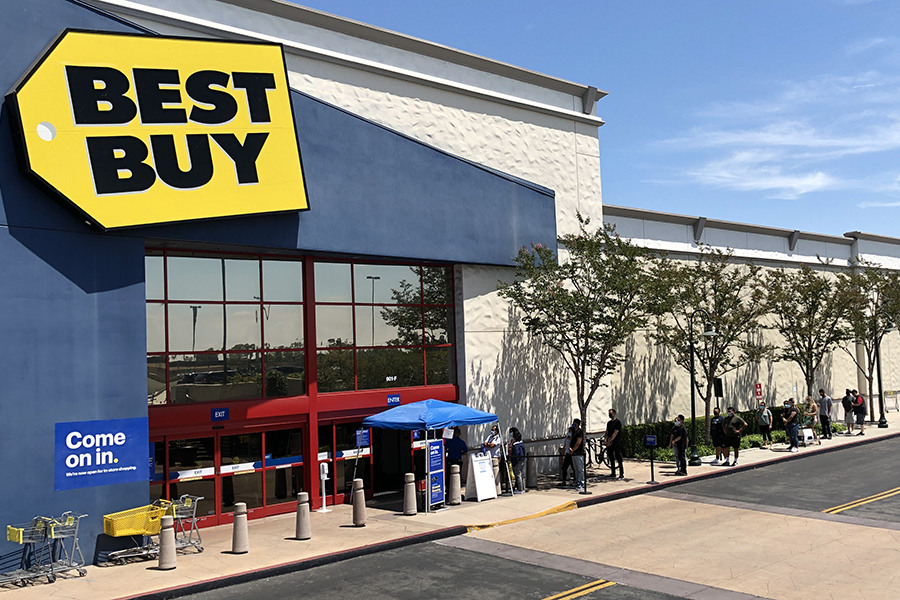 To say online shopping boomed in 2020 would be an understatement,, especially during a pandemic. The trend toward e-commerce isn’t new. It’s been a reality of retail for awhile as stores big and small embrace transacting over the Internet as a means of dealing direct with the consumer and better competing against Amazon.

In January, eMarketer forecast total e-commerce sales would reach $675 billion in 2020. Now, that estimate is closer to $795 billion. 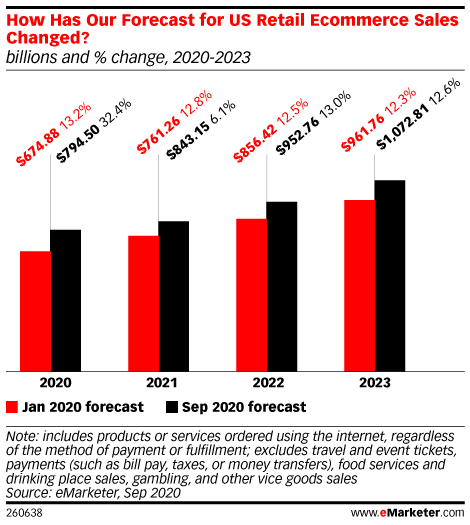 Consumer electronics were particularly well suited to serve the needs of a population suddenly stuck at home managing unexpected work, school and leisure time. Online CE sales are tracking toward $179.3 billion, up from pre-pandemic estimate of $150.1 billion.

“That’s $29.3 billion in unanticipated online spending on devices to help us work, learn, [entertain] and play from home,” analyst Ethan Cramer-Flood wrote in a Dec. 29 note.

Indeed, tech spending on hardware and services during the 2020 holiday season (October-December) is projected to reach $135 billion in revenue in the United States — a 10% increase from a year ago, according to the Consumer Technology Association.

“The 2020 holiday season will bring economic, safety and political unknowns — but the consumer desire to give and receive technology gifts is certain,” said Lesley Rohrbaugh, director of market research at CTA. “With consumers forgoing budgets for travel and experiences this year, more dollars will go towards technology gifts that support connection, productivity, health and home entertainment, as technology has been a critical asset to so many during the ongoing pandemic.”

Perhaps no CE retailer has better adapted to the pandemic than Best Buy, which saw a near 174% increase in e-commerce revenue and entertainment in the most-recent fiscal quarter. The nation’s largest CE retailer was quick to offer online purchases with curbside pick-up during the early days of the pandemic.

Domestic online revenue of $3.82 billion increased 173.7% on a comparable basis, and as a percentage of total domestic revenue, online revenue increased to approximately 35.2% versus 15.6% in 2019.

CEO Corie Barry said the pandemic has underscored Best Buy’s purpose to “enrich lives through technology,” and the capabilities the chain is “flexing and strengthening” to benefit sales going forward.