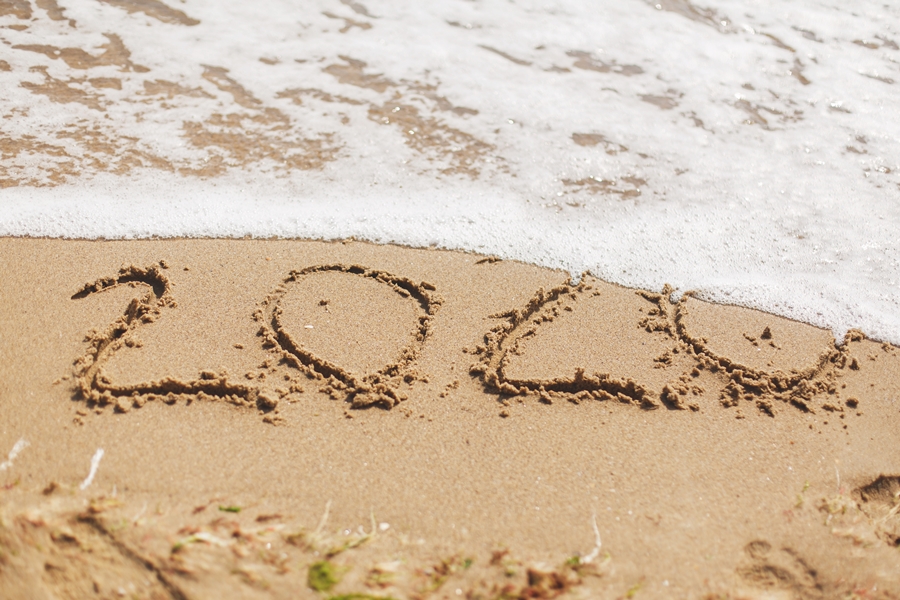 NEWS ANALYSIS — Recapping the home entertainment business in 2020 is best left to an acronym that by now has been ingrained in all of our heads: COVID-19.

One of the most dramatic consequences of the global pandemic was the closure of movie theaters and government mandates to stay at home as much as possible, two developments that benefited home entertainment.

Streaming services reported major spikes in viewership, and the home entertainment divisions of the major Hollywood studios reported significant gains in transactional revenue despite the near-total lack of fresh theatrical product. New movies debuted digitally, at premium prices. And thanks to creative marketing and a rash of high-profile anniversary and 4K Ultra HD releases, sales of catalog movies soared, both digitally and on disc.

“2020 has been a year like no other as a result of the COVID pandemic, which affected the entertainment industry in profound ways,” said Jim Wuthrich, president of Warner Bros. Home Entertainment. “Anticipated changes in the home entertainment industry were accelerated this year as the pandemic spurred an increase in demand for content, placing an enhanced importance on the digital availability of our titles as we worked to satisfy consumers’ demand for at-home solutions.”

“The overriding trend we saw in 2020 was consumers’ hunger for, love of, and engagement with entertainment content,” added Amy Jo Smith, president and CEO of DEG: The Digital Entertainment Group. “When new releases slowed as a result of production halts and theater closures during the COVID-19 pandemic, consumers hardly missed a beat, they just expanded their viewing to include many catalog movies and TV shows, as well as discovering films that were independent productions or may have had limited prior release.”

Bob Buchi, president of worldwide home entertainment for Paramount Pictures, agrees. “It has been an incredibly challenging year on many fronts and we are glad to have been able to provide a little relief to people by delivering entertainment into their homes through collaboration with our vendor community and in partnership with our physical and digital retailers,” he said.

A case can be made that COVID-19 didn’t really bring about monumental changes in the entertainment industry. Rather, the pandemic accelerated changes that were already in the works: specifically, declining movie theater attendance and a steady increase in streaming video subscriptions.

Two months before the World Health Organization’s declaration of a global pandemic led to the closure of movie theaters around the world, the National Association of Theatre Owners (NATO) in January 2020 reported that the number of U.S. movie admissions in 2019 declined nearly 5% to 1.24 billion from a 2002 peak of 1.57 billion.

Studios had been pushing for shorter theatrical windows for years, maintaining that most movies had pretty much run their big-screen course after 30 days, much less the 90 days that typically elapsed between a film’s theatrical launch and its availability for home viewing. Some top studio executives were even calling for simultaneous releases, with films becoming available for home viewing — albeit at a premium price — the same day as their theatrical bow. The stumbling block: resistance from exhibitors, who balked at any attempts, or even just talk, of cutting into their exclusive window.

But when theaters went dark in mid-March, exhibitor leverage disappeared, overnight. PVOD was no longer a strategic objective, but, rather, a necessity, as studios had no other way to recoup production expenses.

Universal Pictures struck first, immediately making its entire theatrical slate available for home viewing on March 16. Three weeks later, Trolls World Tour was the first big film to premiere simultaneously on PVOD and in the handful of theaters, mostly drive-ins, that remained open, and the results were strong enough that more tentpole releases followed, including Scoob! from Warner Bros., the comedy sequel Bill & Ted: Face the Music and Disney’s live-action remake of Mulan — which debuted on Disney+ as a “Premier Access” title for an additional charge.

At first, exhibitors balked. AMC Theatres, the country’s largest chain of movie theaters, initially vowed to boycott all future Universal Pictures releases. But in a June report, Wall Street analyst Robert Fishman of MoffetNathanson wrote that while exhibitors have until now been able to stand their ground, “this time is different in that all of the major studios … are likely to be more aggressive with windowing strategies. As long as multiple studios push forward with PVOD or some other form of window changes, the balance of power in favor of studios shifts even more in their favor and reduces the leverage the exhibitors have as they would be unlikely to boycott multiple studios’ upcoming releases.”

A month later, AMC and Universal announced a landmark distribution deal for the studio’s new-release movies, beginning in November. The agreement allowed Universal to distribute titles on PVOD three weekends (as little as 17 days) after their initial bow in AMC Theatres, in return for a split. Four months later, AMC CEO Adam Aron called the arrangement a success, telling analysts on an earnings call, “On the only one of [six planned] PVOD movies that has been released as of yet, our analysis is that AMC [not only] came out ahead financially as we had modeled, but much better than some [analysts] had postulated or feared.”

In December, the “balance of power” Fishman referred to in his report shifted further with the bombshell announcement by Warner Bros. that it would simultaneously release all its movies through 2021 in theaters and on Warner’s new streaming platform, HBO Max, beginning with Wonder Woman 1984 on Christmas. The 17-film 2021 slate includes the new Dune adaptation, The Matrix 4 and The Suicide Squad.

The coronavirus pandemic also accelerated the push toward streaming, although subscription video-on-demand, or SVOD, had long been on a roll, with DEG: The Digital Entertainment Group reporting annual gains in consumer spending on steaming services of 22% to 45% for the last 10 years.

Part of this was due to the launch of several new high-profile services competing with established leaders Netflix, Amazon Prime Video and Hulu. Two launched in November 2019, Disney+ and Apple TV+. This year saw the rollout of two more high-profile services, WarnerMedia’s HBO Max and NBCUniversal’s Peacock.

Fears that the proliferation of subscription streaming services would lead to cannibalization have been unfounded. Instead, with captive audiences choosing, or ordered, to stick close to home due to the raging pandemic, it’s truly been a case of the more, the merrier.

“Recent research from the NPD Group shows that the average U.S. consumer now relies on seven different streaming video services, up from five in April,” said the DEG’s Amy Jo Smith. “This is another case of the pandemic accelerating a trend that was already underway.”

Disney+ is far and away the biggest success story, with the Walt Disney Co. on its Nov. 12 fiscal call reporting that the service had reached 73.7 million global subs, well ahead of company projections. Less than a month later, on Dec. 2, Disney announced that its branded subscription service had reached 86.8 million subs. Meanwhile, Netflix was no slouch, quieting critics with outsized subscriber growth projected at 34 million additions through the end of this year and double-digit revenue gains.

In November, Hub Entertainment Research found the average person is accessing 60% more streaming video services in 2020 than they did in 2018, while 90% of households with children living at home subscribe to more than one OTT video service.

“We’ve seen the number of providers per [survey] respondent rise to an all-time high during the pandemic,” analyst Jon Giegengack said in a note at the time. “The average respondent had 4.8 services. That was going up anyway, but the pandemic turbocharged it.”

Aside from the crash of the theatrical business, the emergence of PVOD and the near-saturation of subscription streaming, 2020 will be remembered as a year when home entertainment marketers, with no fresh theatrical product, managed to survive and even thrive on their own laurels.

A month into the pandemic, in April, Warner Bros.’s Jim Wuthrich said home entertainment transactional spending shot up 38% since mid-March.

“Our digital sellthrough business as [has] been up over 100% each week since safer at home began,” he said, speaking at the virtual DEG Expo.

The trend slowed as the country began to open back up, but in August the DEG reported that consumer spending on digital entertainment purchases and VOD rentals in April, May and June shot up 54%. Even nine months into the year most studio home entertainment divisions reported year-over-year gains in revenue despite virtually no theatrical product.

“We kept our content pipeline flowing by leveraging our vast catalog and releasing many remastered 4K UHD titles, both physically and digitally, including Beetlejuice, The Goonies, Full Metal Jacket and 300,” Wuthrich said. “The ongoing demand for classic titles in 4K for at-home viewing will continue to make our catalog business a relevant and profitable area for us.”

The DEG reported that for the first nine months of 2020, electronic sellthrough spending was up 15.8% to an estimated $2.2 billion, while electronic rental was up nearly 24% to an estimated $1.8 billion. Only disc sales were down, with DEG estimating combined consumer spending on Blu-ray Discs and DVDs slipped nearly 23% in the first nine months of the year to about $1.8 billion — a not uncommon decline, given the normal transition to digital, but one that observers say might have been compounded by store closures due to regional bans on “non-essential” retail.

The DEG’s Smith notes that during the second quarter, “at the height of new stay-at-home orders across the United States, consumer spending rose 57% on electronic sellthrough. This tells us that consumers are interested in building their digital collections, and that collecting favorite films provides a great value, particularly for families. Electronic sellthrough is also a model undergoing some really interesting innovation and experimentation in terms of pricing and release windows.”

Dametra Johnson-Marletti, corporate VP of the Microsoft digital stores category, said Microsoft Movies & TV “thrives most on new blockbuster content, in the traditional post-theatrical, home entertainment window. With new production shuttered for much of the year, and top content either being released to SVOD or pushed to 2021, our TVOD service has faced some headwinds. Our team had to become very creative and scrappy as they worked with our studio partners to continue to find unique avenues for growth. We had a multi-part strategy that included shifting more focus to our catalog by bringing forward a lot of the fan favorites and classics for consumers to find more easily. We also focused on building great thematic and seasonal collections with our studio partners. Finally, we have the fortune of also managing a thriving gaming business, so the ability to build great movie/game bundles has served us well.”

Looking back, Paramount’s Bob Buchi said it’s been a year of major changes. “We successfully launched our first PVOD releases, shifted our emphasis to catalog titles, and maximized our distribution deals with companies like Saban, Miramax and Romulus, which has greatly helped us to meet consumers’ demand for new entertainment while they also discover old favorites,” he said. “And because of the year’s unique circumstances, we exceeded our revenue projections.”

The effects  of the pandemic, he added, “have magnified the shifts across all industries — from telemedicine and online education to flexible work arrangements and the entertainment industry. The transition to digital ownership has been steadily growing amidst the explosion of streaming platforms, all of which has opened up new ways for consumers to enjoy content — a trend that is certain to continue.

“What we saw this year was an anomaly, but it also demonstrated our ability to pivot and continue to monetize our content through the distribution strategies and platforms that are available to us and that make the most sense. All of these options — including traditional theatrical distribution — will continue to co-exist in a post-pandemic world.”

One thought on “2020 Hindsight: Our Annual Year in Review”