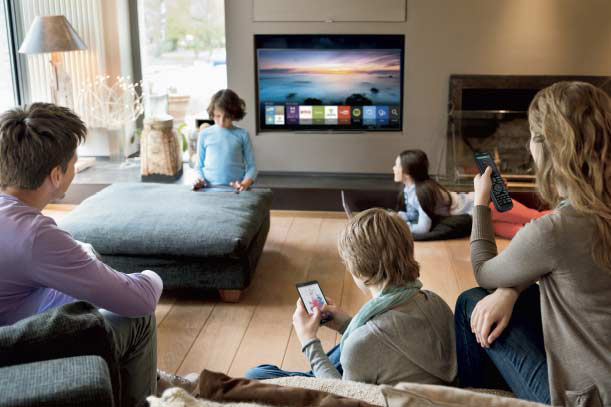 If there’s any truth to the adage “change or die,” then the home entertainment business has plenty of life left in it as we begin 2019.

Walt Disney will finalize its merger with 20th Century Fox, leaving Hollywood with five major studios, not six. AT&T will continue the integration process with the former Time Warner, now known as WarnerMedia.

And if you thought subscription streaming had a banner year in 2018, 2019 will likely see even bigger growth, with the emergence of at least two formidable challengers to longtime market leader Netflix.

Walt Disney will finally launch its much-ballyhooed SVOD service, Disney+, with a focus on the same content that rules at the box office: “Star Wars” and all things Marvel. The first “Star Wars” live-action series, “The Mandalorian,” should arrive later this year, and Disney recently announced a prequel series based on Rogue One character Cassian Andor (played by Diego Luna). Disney also confirmed Disney+ is developing a live-action Marvel series centered around Loki, from the “Avengers” movies.

Not to be outdone, AT&T’s WarnerMedia also plans on launching a direct-to-consumer streaming platform in 2019, with three different services, including a premium one fronted by HBO, home of mega-hit “Game of Thrones.”

How high consumer spending on SVOD will grow in 2019 remains anyone’s guess, although observers believe continued double-digit gains in line with prior years is the most likely scenario as consumers continue to “cut the chord” with pay-TV services.

Last August, research firm eMarketer said it expected the number of U.S. cord-cutters — adults who have canceled a pay TV service and continue without it — to climb by 32.8% in 2018 to 33 million. The number of subscription OTT video service viewers, meanwhile, was on track to rise to 170.1 million, or 51.7% of the U.S. population.

The “VOD” that the studios are most intent to grow, transactional VOD, posted a surprising growth spurt in the third quarter of 2018 — 18% for electronic sellthrough, or EST, and 10% for digital rentals.

Michael Pachter, a senior media analyst with Wedbush Securities in Los Angeles, doesn’t see SVOD making much of a dent in TVOD in 2019.

“Transactional VOD should be relatively flat, as Netflix has few — if any — programs that people typically rent,” he said. “They have no new movies — once Disney pulls its films — and few current TV shows, although I suppose some TVOD is for older television series.  My sense is that the bulk of TVOD is new movies, with some catchup TV from current season TV shows, neither of which is carried on Netflix to any great extent.”

“Consumers have more choices for content than ever before, and on demand streaming services are increasingly their go-to option,” he said. “On an aggregate basis, the streaming services have helped transactional services become mainstream, encouraging consumers to connect their devices to on-demand video.

“On a title basis, transactional demand drops when it’s on a major SVOD service, but transactional demand returns when the title rolls off the service. Ultimately we are competing for consumer attention and transactional services generally offer first in-home viewing and always on availability – a distinct and unique proposition.”

Looking ahead, Amy Jo Smith, president and CEO of DEG: The Digital Entertainment Group, says 2019 will be the most exciting yet for digital media.

“2018 has been a lot about the notion of how transaction and subscription distribution models can co-exist, and content owners have begun to lay foundations for their direct-to-consumer businesses,” Smith said. “In 2019, we will see the world’s biggest content owners actually beginning to deliver very high-profile entertainment directly to consumers, and as they do that they will gain the most detailed view yet of who their customers are and what their fan base craves.

“As a result, content owners will become smarter about how to reach consumers and the content delivery experience will improve. As direct-to-consumer offerings multiply, consumers will continue to sort out what is meaningful for them. They will prioritize the content they find worthy of collection and also decide what provides value for a monthly subscription.”

Accordingly, studio executives agree that in 2019, their No. 1 priority will be to continue to growth the transactional, or on-demand business — both physical and digital.

“We are taking a deep dive into consumer behavior as we continue to navigate the changing home entertainment landscape,” said Bob Buchi, president, worldwide home media distribution, for Paramount Pictures. “We’ll be sharing the results of quantitative and qualitative studies with our retail partners to work with them on crafting innovative strategies for reaching consumers and driving transactional sales.

“There is untapped potential in light and lapsed consumers who may have slowed their entertainment collecting and ongoing opportunity with heavy users who value high quality offerings. We’re going to work with our retail partners to maximize our learnings and strategically target diverse consumer groups.”

“Our focus remains on delivering a product offering and value proposition that enables the best consumer experience to continue the expansion and adoption of digital sell-through (and VOD for that matter),” said Michael Bonner, EVP of digital distribution at NBC Universal. “Improving these experiences through product enhancements like premium formats or interactive extras along with embracing new services like Movies Anywhere are just a few examples of how we’re investing as an industry.”

Warner’s Wuthrich agrees. “We believe there’ll be continued growth in digital transactions in 2019,” he said. “We have great momentum coming out of 2018 and have a number of programs to remind movie and TV fans that their favorite content is a click away. In addition to using performance marketing to help connect consumers with the content they love we’ll be introducing a fresh approach to advertising.”

Ron Schwartz, president of Lionsgate Worldwide Home Entertainment, said the key points on his agenda for 2019 are “continuing to create progressive windowing and focused strategies for our specialty and multi-platforms releases, and continuing to grow the digital business while maximizing results on the physical side.”

“Lifecycle management is more critical than ever, particularly with franchises,” he said. “For example, we’ll be working with our partners on compelling catalog initiatives such as ‘John Wick’, as well as on the third installment, throughout the distribution windows, providing more access and innovative marketing to keep fans engaged.”

“We saw a significant increase in industry spending in this area in 2018, up 20%, and we will continue to collaborate with our retail partners on fresh ideas to keep consumer interest alive,” he said. “We see a large and growing market with multi-platform and specialty releases and will continue to build our leadership in this area.”

While studio executives agree their focus on 2019 will be to grow the digital side of the business, they aren’t giving up on the physical disc — particularly with the rapid acceptance of 4K Ultra HD.

“4K will continue to gather momentum as more consumers experience the incredible quality of the content on their 4K televisions,” said Paramount’s Bob Buchi. “Paramount will offer most of our theatrical releases on 4K UHD Blu-ray, as well as carefully chosen titles from our vast library.  The response to our catalog 4K releases has been very promising, so we expect to see increased interest in owning treasured classics in the very best format available.”

“Consumers decide how, when and where they want to experience our content, and the physical disc remains a valuable option for them,” adds Chris Oldre, EVP of pay TV, digital and international distribution at Walt Disney Direct-to-Consumer and International.

Oldre said he’s particularly excited “about the incredible range of content that will be offered by Disney in 2019, and with our continued commitment to delivering best-in-class experiences, we’re looking forward to another exciting year across both physical and digital platforms.”

“The home entertainment releases of Ralph Breaks the Internet and Mary Poppins Returns will offer the kind of trusted family entertainment that Disney is known for,” he said. “Later in the year we’re introducing a new Marvel character to the home entertainment audience with Captain Marvel, and we will be closing out a truly iconic series with Avengers: Endgame.

“In addition, Disney’s brands and franchises are content that consumers want to own and a significant portion of our revenue comes from our library of classic and timeless titles that continue to entertain generation after generation.”

In the first quarter on 2019, Oldre said, “we’ll be celebrating the eagerly anticipated 30th anniversary of The Little Mermaid.  Those are just a few of the highlights of the year ahead, which will see us continue to roll out releases in 4K UHD, as well as continuing to focus our efforts on growing Movies Anywhere and educating consumers about the ease of building a digital library.”

Independents, meanwhile, are looking for whichever distribution channels and platforms that make the most sense.

“I am really focused on watching three exciting trends that will have enormous impact on the ever-changing entertainment landscape,” said Bill Sondheim, president of the Cinedigm Entertainment Group, who in November 2018 took on additional duties as President of worldwide distribution.

“First is the battle for SVOD dominance that really starts in earnest when Disney launches its direct-to-consumer streaming service to compete head on with Netflix,” said Sondheim, who in his expanded role continues to lead the company’s growing China/North America business pipeline, in addition to managing distribution in the rest of the world.

“This will likely create audience migrations that will have far reaching impact on the mid-tier SVOD players more that the top-tier providers,” Sondheim said. “The second trend to watch is AVOD’s explosive growth, which may be a prime beneficiary of the audience shifts that will occur in the SVOD battles mentioned above. The AVOD segment has long been the held back due to lower quality content or older catalog offerings, but as the cost of SVOD consumption grows, the AVOD alternative is rapidly evolving with higher caliber brands and newer content that will drive audience adoption.

“Finally the arrival of 5G broadband will start to demonstrate the impact of true high speed wireless connections. While it will likely be more than two years before we have a true nationwide network, 5G will start to make an impact in most major cities later this year.”

“Buckle up,” he added. “It is going to be a year of massive growth and further disruptive change.”