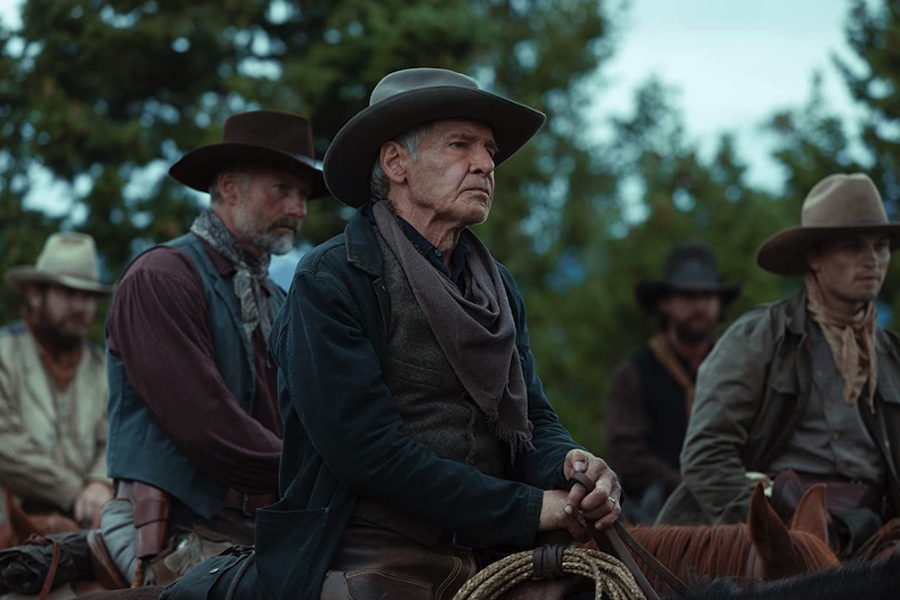 Searchlight Pictures’ The Menu, featuring an ensemble cast that includes Ralph Fiennes and Anya Taylor-Joy (both Golden Globe nominees), follows a group of diners at an exclusive, remote island restaurant who are confronted with horror.

Regaining the top spot on the streaming originals chart was “1923,” streaming on Paramount+ beginning Dec. 18. A prequel to the series “Yellowstone” and a sequel to the series “1883,” it stars Harrison Ford and Helen Mirren and follows a generation of the Dutton family in 1923, during the Western Expansion, Prohibition and the Great Depression, which started earlier in Montana.

Falling from the top spot to No. 2 on the streaming movies chart was Glass Onion, which started streaming on Netflix Dec. 23. The sequel to the Lionsgate murder mystery hit Knives Out features Daniel Craig reprising his role as detective Benoit Blanc as he uncovers a new murderer. The film also stars Edward Norton and Kate Hudson.

Debuting at No. 3 on the streaming movies chart was The Pale Blue Eye, which began streaming on Netflix Jan. 6. Set at West Point in 1830, the film follows a world-weary detective (Christian Bale) who is hired to discreetly investigate the gruesome murder of a cadet.

Rising from No. 3 to No. 2 on the streaming originals chart was “Tulsa King,” which debuted Nov. 13 on Paramount+ and has already been renewed for a second season. It’s an American crime drama created by Taylor Sheridan (“Yellowstone”) in which Sylvester Stallone plays a mafia capo.

Debuting at No. 3 on the streaming originals chart was “Star Wars: The Bad Batch,” season two of which premiered on Disney+ Jan. 4. It’s a sequel to and spin-off of the series “Star Wars: The Clone Wars.”