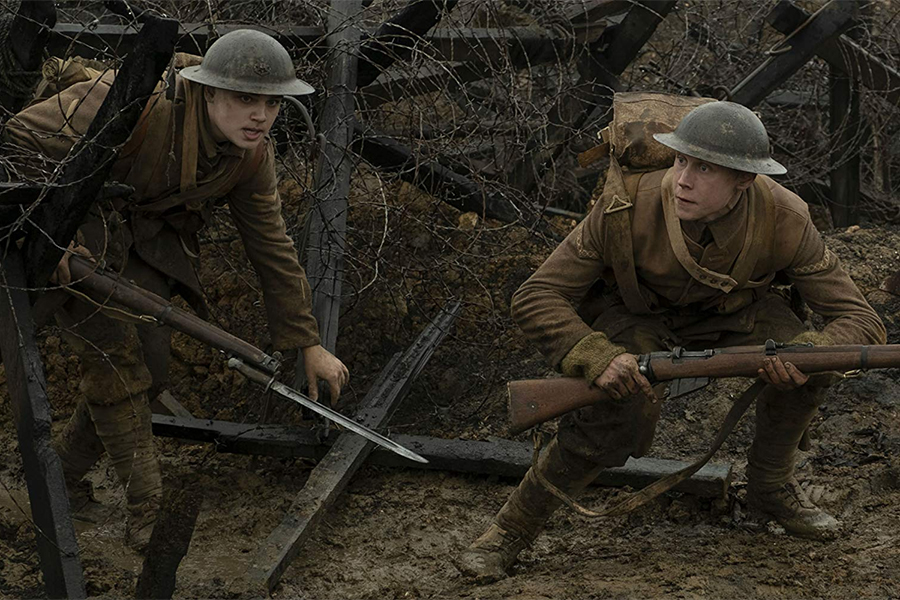 The Sam Mendes-directed film, which earned $159 million at the domestic box office, won Academy Awards for cinematography, visual effects and sound mixing. The film’s central gimmick follows a pair of messengers for the British army during World War I through a single shot as they make their way through the front lines to warn another division of a German ambush.

The previous week’s top seller, Sony Pictures’ Jumanji: The Next Level, dropped to No. 2 on the scoreboard, selling 78% as many copies as 1917.

Landing at No. 3 on both charts in its fifth week was the Disney animated sequel Frozen II. That was down a spot from the previous week. The film had been the top title for three weeks before that.

Slipping a spot to No. 4 on both charts was the animated Spies in Disguise, from Disney-owned 20th Century Fox.

Lionsgate’s Midway bumped up a spot to No. 5 on both charts, perhaps getting a boost from another war film entering the market.

The only other newcomer to crack the top 20 during the week was Sony Pictures’ new version of The Grudge, at No. 10 on both charts.

Blu-ray Disc formats accounted for 63% of total 1917 unit sales, with 21% of its total coming from the 4K UHD Blu-ray version. For The Grudge, which wasn’t released on 4K disc, Blu-ray accounted for 52%.

Spies in Disguise slipped to No. 3, while The Grudge entered the chart at No. 4, and Lionsgate’s Knives Out took No. 5.