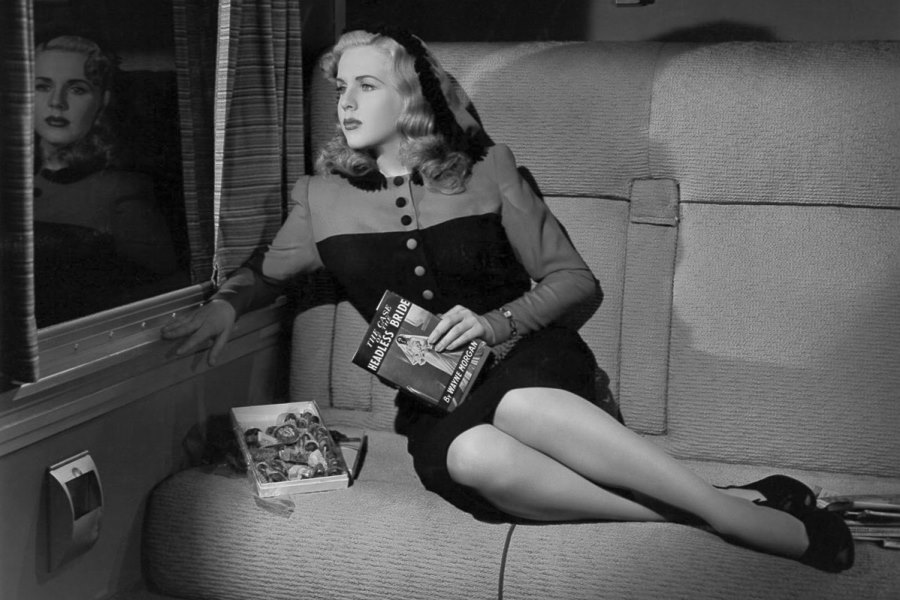 Lady on a Train

Kino Lorber on Oct. 11 will release its ninth and latest collection of vintage black-and-white film noir movies as Film Noir: The Dark Side of Cinema IX. 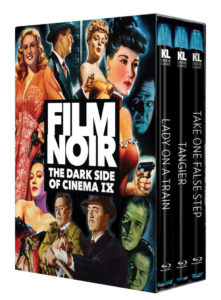 The Blu-ray Disc set includes three 1940s classics: Lady on a Train, Tangier and Take One False Step, and carries a suggested retail price of $49.95.

The collection is being released under Kino Lorber’s Studio Classics banner.

Lady on a Train (1945) stars Deanna Durbin (It Started with Eve) as a young woman on a New York-bound train who witnesses a murder outside her compartment window. With a penchant for reading mystery novels and the help of a mystery writer (David Bruce), she sets out to solve the case after police refuse to believe her story. The plot thickens when she’s caught at the victim’s estate and is mistaken for his showgirl fiancée. Adopting the ruse, she soon discovers that the deceased has willed her most of his vast fortune.

Tangier (1946) stars Maria Montez as a cafe dancer determined to bring a Nazi collaborator to justice. Set in the North African city of Tangier, Montez catches the eye of a down-and-out war correspondent. With the help of a young, local entrepreneur, they battle a Nazi war criminal (Preston Foster) who’s working incognito as a military governor.

Take One False Step (1949) finds married college professor Andrew Gentling (William Powell, The Thin Man) inveigled by old flame Catherine Sykes (Shelley Winters) into a midnight drive. The very next day, Catherine vanishes. Andrew’s friend Martha (Marsha Hunt) convinces him that he’s a prime suspect and should investigate before he’s arrested. But this only puts Andrew in a deadlier kind of danger when the trail leads him to the crime-ridden streets of San Francisco.