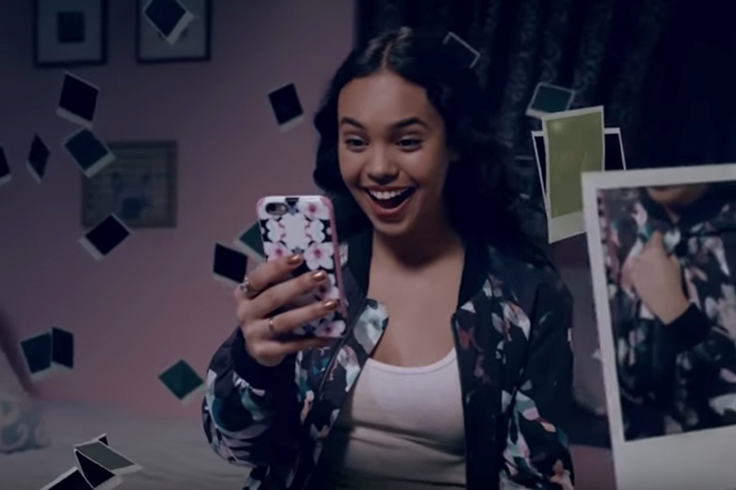 The top five digital originals for the week ended June 2 are the same as in the prior week, according to Parrot Analytics Demand Expressions data.

The teen drama series, based on a teenage girl’s suicide, has just been renewed for a third season, Netflix announced June 6.

The second-most-popular digital original for the week ended June 2 is YouTube’s “Cobra Kai,” which also posted a 15% increase in demand from the prior week.

They are followed by Hulu’s “The Handmaid’s Tale” at No. 3 and two more Netflix shows, “Arrested Development” at No. 4 and “Orange is the New Black” at No. 5.

Season 3 of the DreamWorks’ children’s series “Trollhunters” premiered May 25, leading to an 87% spike in demand from the prior week – enough to propel the fantasy animation show to No. 6 on the weekly digital originals chart, up from No. 30 the prior week.

Netflix’s “Stranger Things” rose up a notch to No. 9 from No. 10 the previous week, after a nearly 11% increase in demand. 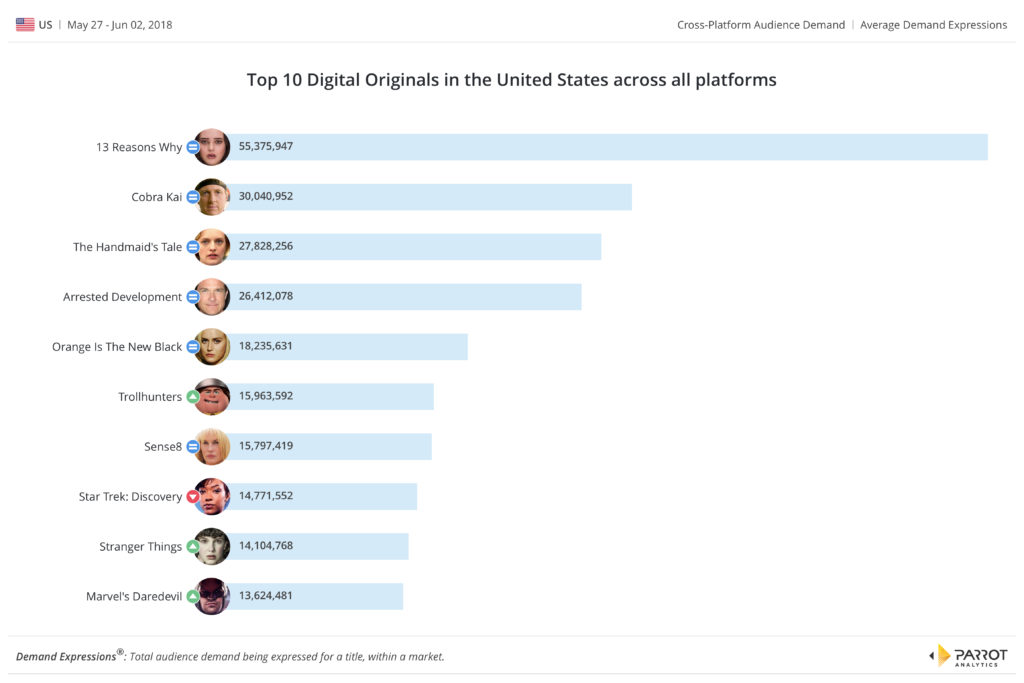