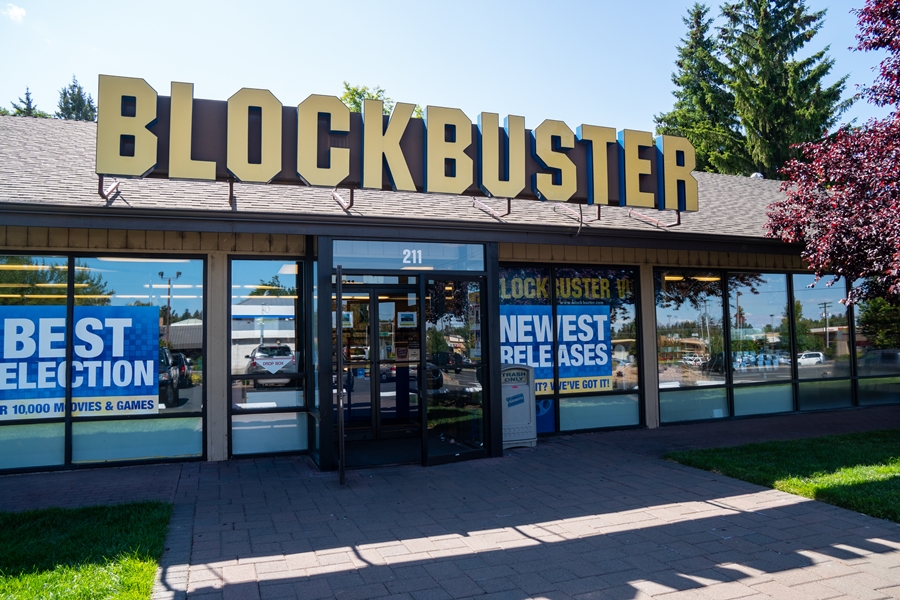 The Blockbuster store in Bend, Ore. (Photo by melissamn / Shutterstock)

Netflix may have killed off Blockbuster Video, but a recent documentary on the streaming site about the legendary home video rental chain has been a boon to the last-standing branded store in the world located in Bend, Ore.

Netflix March 15 began streaming The Last Blockbuster, from filmmakers Taylor Morden and Zeke Kamm, who began their project in 2017 hoping the store would remain in business just long enough to see the finished documentary. The doc remained among Netflix’s top 10 streamed content for two weeks.

“For us to have some small part in helping the store stay open is amazing,” Morden told the Bend Bulletin. “Not a lot of documentaries actually accomplish the goal of their story.”

The Bend store began in 1992 as Pacific Video, with existing owners Ken and Debbie Tisher becoming an independent Blockbuster franchise in 2000 — the same year Netflix founders Reed Hastings and Marc Randolph offered to sell the their struggling by-mail disc rental company to Blockbuster for $50 million. Blockbuster, which at its peak had more than 9,000 stores as the largest video store in the world, turned them down.

The rest is capitalism 101. Netflix soon turned the page on packaged media, co-creating the subscription streaming VOD market with a branded Roku player. Blockbuster ceased corporate operations in 2015, while Netflix ended 2020 with more than 200 million subscribers and $25 billion in revenue.

Bend Blockbuster store manager Sandi Harding isn’t dwelling on the past. Instead, she’s trying to keep up with the renewed consumer appeal among local residents and out-of-town visitors.